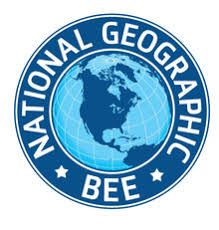 The results are in! The National Geographic Society named Charlie Ewing, a seventh-grader at Princeton Academy of the Sacred Heart in Princeton, NJ, as one of the semifinalists eligible to compete in the 2020 National Geographic GeoBee State Competition. The contest will be held on Friday, March 27, 2020.

This is the second level of the National Geographic GeoBee competition, which is now in its 32nd year. To determine each school champion, GeoBee competitions were held in schools throughout the state with students in the fourth through eighth grades. This year, an estimated 2.4 million students competed in the GeoBee, with 8,661 students becoming school champions. School champions also took an online qualifying test, which they submitted to the National Geographic Society. Up to 100 of the top-scoring students in each of the 50 states, the District of Columbia, Department of Defense Dependents Schools and U.S. territories were invited to compete in the State GeoBees.

State champions will receive a medal, $1,000 in cash, and other prizes, as well as a trip to Washington, D.C., to represent their state in the National Championship where they will compete for additional cash, awards and college scholarships.The second- and third-place State GeoBee winners will receive cash awards of $300 and $100, respectively.

Follow the national competition at National Geographic headquarters in Washington, D.C., May 18-21, 2020, at www.natgeobee.org.

How would you fare as a National Geographic GeoBee contestant? At the school GeoBees this year, students had to answer questions like these:

Which state is located west of Lake Huron—Minnesota or Vermont?

Known for the tree nuts resembling deer eyes, which midwestern state is called the Buckeye State—California or Ohio?

A savanna elephant's daily amount of dung contains more than 3,000 seeds. Savanna elephants can be found in Namibia and Mozambique on what continent?

Volcanic activity under Yellowstone National Park creates great spouts of heated water that erupt out of the ground. These water eruptions are called what—geysers or cyclones?

Which country does not border the Atlantic Ocean—Moldova, Angola, or Ireland?

The ancient Babylonians of Mesopotamia developed an early example of what basic counting machine that is still in use today—abacus or sundial?

Host of the 1984 Winter Olympics, Sarajevo is the most populous city in which European country that was once a part of Yugoslavia?

Once the western terminus of the Northern Pacific Railroad, Tacoma is a major port and industrial city in which northwestern state?

Government designated preserves have helped protect giant tortoises in the Seychelles, a country made up of over one hundred islands located north of Madagascar in what ocean?

The Matterhorn is an iconic peak in the Alps on the border between Switzerland and what other country?

ABOUT THE NATIONAL GEOGRAPHIC SOCIETY

The National Geographic Society is a global nonprofit organization that uses the power of science, exploration, education and storytelling to illuminate and protect the wonder of our world. Since 1888, National Geographic has pushed the boundaries of exploration, investing in bold people and transformative ideas, providing more than 14,000 grants for work across all seven continents, reaching 3 million students each year through education offerings, and engaging audiences around the globe through signature experiences, stories and content. To learn more, visit www.nationalgeographic.org or follow us on Instagram, Twitter and Facebook.