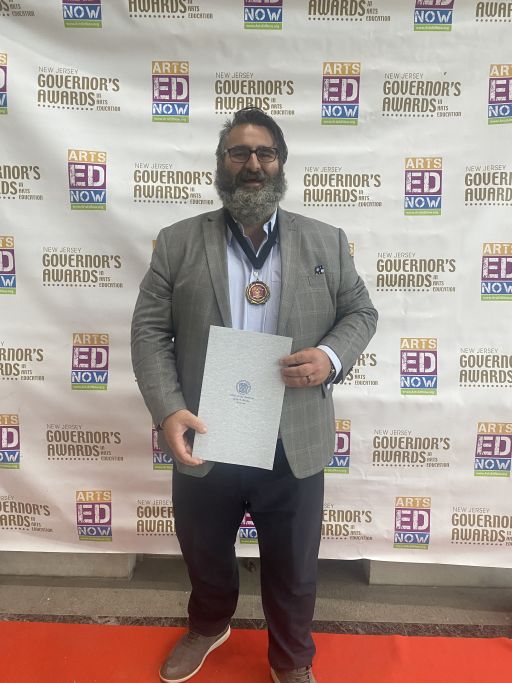 Princeton Academy Speech & Debate Coach Raymond Shay received the prestigious New Jersey Governor's Award in Arts Education at a public ceremony on Thursday, May 26, 2022 in the Patriot's Theatre at the War Memorial in Trenton. A medal commemorating this honor was presented to Coach Shay at this 42nd annual award ceremony which recognized thirteen educators and approximately 100 students from across the state.

Coach Shay was nominated for a Governor's Award after being named the 2022 Paula Mittleman Educator of the Year by the New Jersey Speech & Debate League (NJSDL). He was nominated for his work to ensure that opportunities for students to express themselves through the rhetorical and interpretive arts continued online during the pandemic as well as his commitment to supporting and growing middle school speech and debate activities in New Jersey.

The Governor's Award in Arts Education program was established in 1980, to celebrate artistic excellence and create visibility, awareness and appreciation for the impact that the arts have on our lives and culture. These awards represent the highest honor given in New Jersey, honoring the outstanding creative achievements of students, the promotion and support of arts education by educators and arts organizations.