The Princeton Academy Baseball Team had one of the most successful seasons in school history with a record of 8-1, tying the record-setting 2008 team for wins in a season. This team was made up of six strong returning eighth-grade starters and a great mix of seventh, sixth and fifth graders. Somebody was ready to step up and make a big play in the field, up at bat, on the bases, or on the mound in every game. It was a team effort all year long with this group. The team picked up wins over Hun, PDS (twice), Moorestown Friends (twice), Cranbury (twice) and Rutgers Prep. The team got some big-time pitching from our eighth graders. The pitching staff was led by our two starters, Caleb Hibbert and Danny Harlan, and our closer, Hampton Sanders, who shut down teams in the late innings. Caleb Hibbert tied the school record in strikeouts this season and Danny Harlan broke the school record with six pitching wins. Coach Clewell and Coach Torchio will miss this group of eighth graders next year, but they know the players behind them are ready to step up.

The Princeton Academy Lacrosse Team finished the season strong this year! Our squad really came together in the last third of the season earning two wins and a season-closing, overtime tie against Chapin. Our leading scorers this year were Alexander Vincent, Sebastian Saint-Laurent, Patrick Kelly, and fifth grader Merritt Long. We were confidently led by our captains, Alexander Vincent and Nate Wallace, who led both with their athletic ability and sportsmanship. As always, our eighth-grade squad will be greatly missed next year. We are excited about our big crop of rising talent and look forward to fielding a strong squad next season. 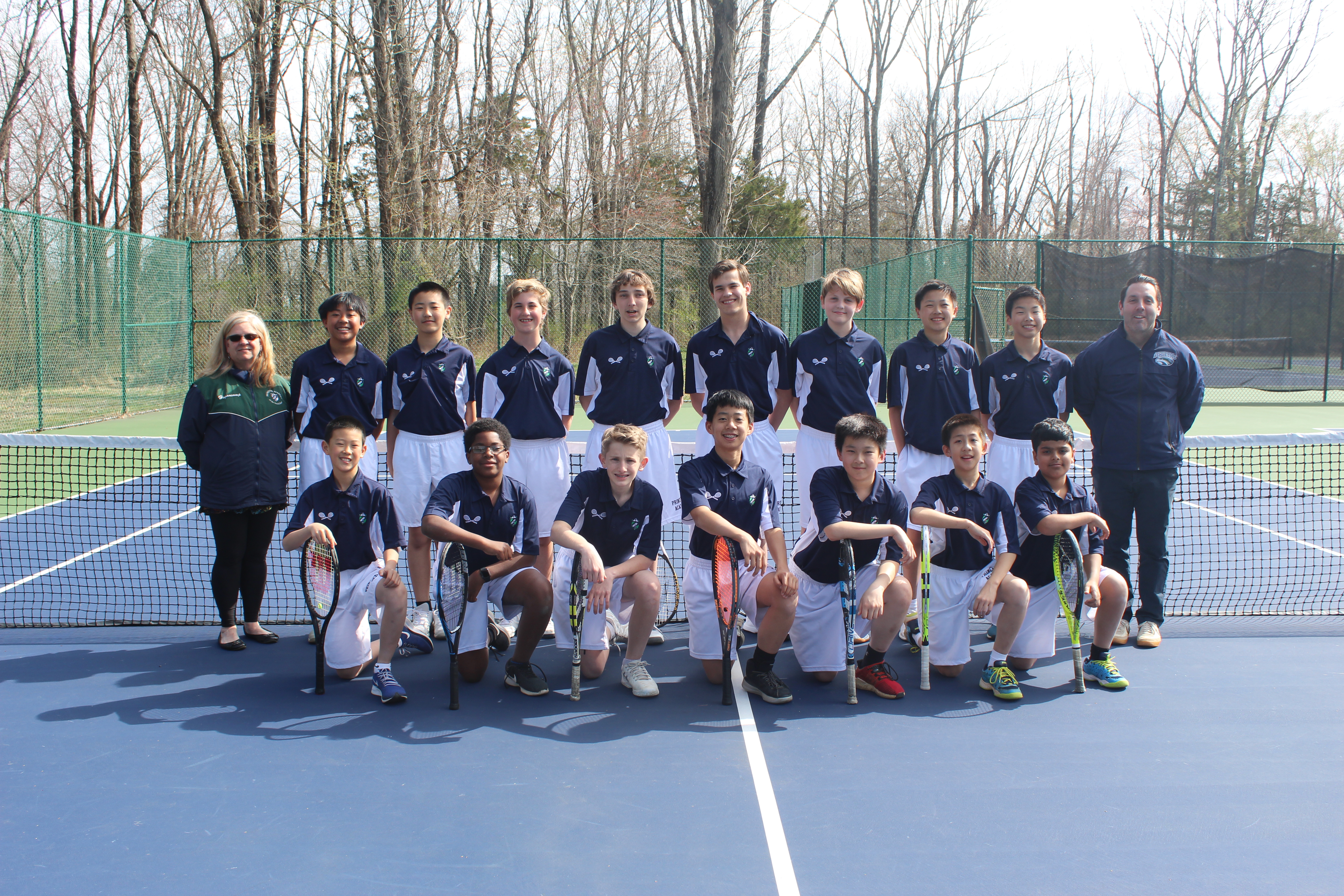 We began the season with a 7-0 win over Cranbury. Next came the "wind bowl" at Pingry. Winds were upwards of 50 mph, and we did not fare well at that time, losing 0-7. Moorestown Friends was next to play. Our top four seeds did well, all easily winning their matches. We won that match 4-3. When it came to playing PDS, the top two seeds fared well, winning their matches. When it came to playing at Hun, four of our 15 players were at the Ethics Bowl, which created new pairs playing together. Overall, they played well, having never paired together before. Although we lost that match, most of the matches were very close. Our next match was home against Cranbury. We again won that match pretty handily. We played Moorestown Friends at their place next, which we again won. Our last two matches were against PDS and Pingry, to whom we both lost. Our PDS match was rained out, while we again lost to Pingry, although they did not sweep us this time. We were able to pull out wins in two of our seven matches. Overall, our record was 4-4; not a bad record considering the difficulty of the schools we play. Our winningest pairs for the season were our #1 seed, William Li and Oliver Silverio and our #2 seed, Steven Chen and Sean Wu, with both pairs winning five of their seven matches played. Coach Hogancamp and Coach Trautwein enjoyed watching this team come together and grow throughout the season and are looking forward to next year.